Last night Lauren and I returned to the Greater Houston Hunter Jumper Association (GHHJA) banquet after a years absence.  The annual banquet celebrates and awards the riders, in each division, as they accumulate points based upon placings at each show.  Some divisions are very competitive with hundreds of points being earned by top riders.

Two years ago, Lauren with her horse, Mickey, won the Open Jumper division, the highest height division in GHHJA.  It was a time in our life when we were pretty happy with our little bay horse.  Although, Lauren was taking regular falls off Mickey as he would randomly decide not to jump jumps, we really hadn’t thought of another plan.  Dev had been kind enough not to suggest that Mickey was getting a little unreliable at the higher heights.  Problem was, when Mickey was on, he was intoxicating to watch and ride.  He powered swiftly and precisely through a course of jumps in a rapid fire succession.   And he brought home the blue ribbons- when he didn’t throw Lauren into a jump.

So, we were not looking for a horse to replace Mickey when Dee’s notice to sell her Flagmount’s baby came to our attention.   I immediately said, “I will buy her!”  Uncharacteristically, acting on a split second decision.  I remember talking about her and showing her pictures at the banquet two years ago. 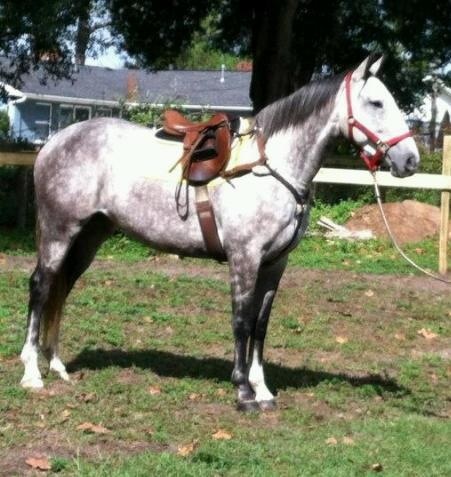 Feather as she looked two years ago. Dev’s dad said “maybe she will grow into that head.”

Honestly, no one was too excited except Lauren, I and our Florida benefactors.   But fate is a funny thing, we did not know Mickey would get horribly sick or that a giant black Jump Start colt would come into our lives.   We were excited about Feather but have had our rough spells.

But from this season’s start at Pine Hill in February when the mare went reserve champ in the Pre-greens, we knew we had something.  Of course, that was the same day I hooked her beautiful ribbon to her bridle, and she freaked out dragging Lauren backwards through the arena at a trot ( I didn’t know horses could even trot backwards!).

We moved on from the hunter ring, when Dev was convinced Lauren would be able to respect the jumper ring and keep letting the mare learn her job. Lauren and Feather moved on through ALL the jumper divisions, earning ribbons in each one.

Sometimes as a parent, you don’t see the progress being made day by day  by your own daughter in the ring behind your house.  It took a friend to point it out to me, that Lauren and Feather did this on their own.  Meaning absolutely no disrespect to trainer Dev, who guided them along their way, but day after day, in the heat or the cold, they worked to get better and more confident together.  Some riders have trainers who show the horse in several classes and then the student takes over.

But each time Lauren and Feather entered the ring, to jumps of greater heights, it was Lauren coaxing the grey mare along.

Fate brought this horse to my daughter at the right time.  We hadn’t even dreamt of a horse of this caliber especially for the money that Lauren had saved, dollar by dollar, over the years.   You know how you remember some moments so vividly?  It all rushed back to me when we walked in the banquet last night.  A simple twist of fate brought Feather to us at the right time for us to be prepared to meet the challenges she would bring us and reap the rewards she was destined to bestow upon us.   Two years have brought us so far.

I am grateful for many things. Thank you for taking this journey with us! 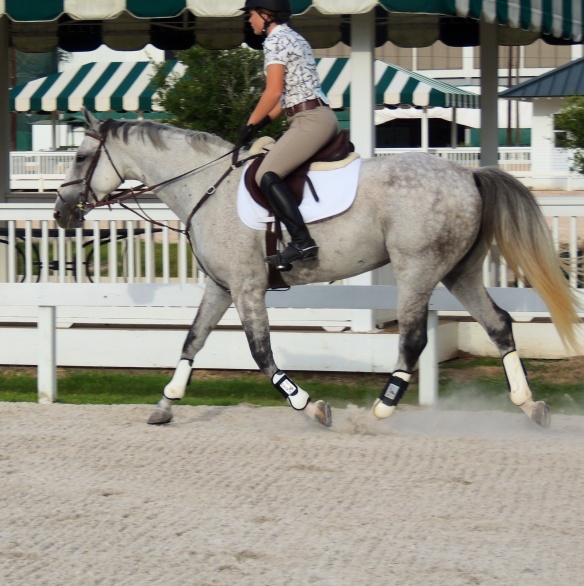