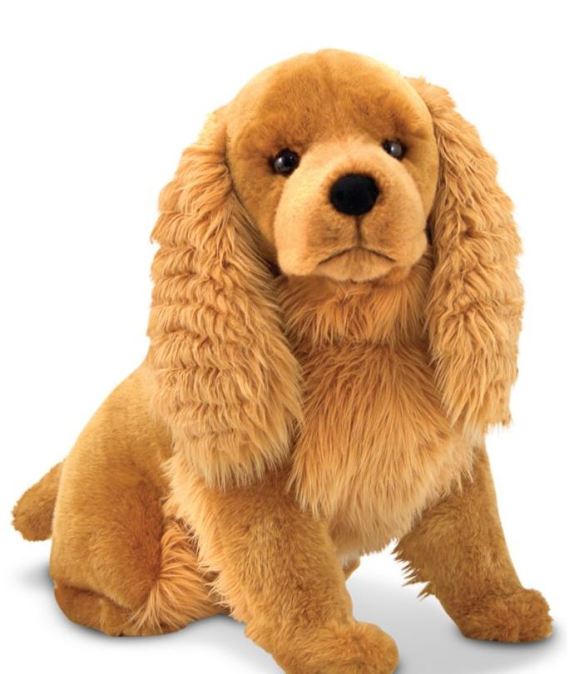 I have asked myself many times, what is my earliest memory?   You have to be careful because sometimes it is not the memory itself but a picture which becomes familiar and we think we remember something we do not.  I am not sure what my earliest memory is, I have some from age three and four but I clearly remember getting the dog above (or one that looked a lot like him) for my fourth birthday.

I celebrated my fourth birthday in a hotel outside Chicago.  We were waiting for our house to be built and lived for awhile in the Park Ridge Inn.  Things were overwhelming then as we had just moved seven times in one year (and across the country like from Denver to Washington D.C. and Pittsburg to Chicago).  I grabbed onto this dog whom I quickly and intuitively named Brownie (I was sharp like that) and I did not let go of him until he was but a shell of a dog casing.

When all the world was crazy, Brownie was one thing that was the same.  He slept under the crux of my arm each night.  I cradled him in my arms.

One time in third grade when his ears were worn away to nothing, I decided to cut all the remaining hair off and glue yarn on instead.  Really stupid idea.  The old ears were velvety smooth, the new ears rough with glue and not at all satisfying to the Cindy that needed comfort.

I left Brownie behind somewhere between college and moving all over the US.  Since that time I have not had anything to keep me company on such a regular basis as that old stuffed dog. While clearly I have had lots of pets, none of them fit that spot between my arm and my side until now.

In the fall, I came home with two Siamese mix cats, Izzy and George.  Izzy, I say, is my soul mate as she always seems to know when I am sad or could use a friend.  Izzy, like Brownie before her, fits and sleeps in that space near my heart keeping me safe and content.

I don’t know what made me think of Brownie after all these years but maybe it was just having Izzy’s warm presence in these quiet, post-surgical days as I have spent some extra time in bed getting stronger.

I wish I could take a picture at night so you could see how perfect we fit one another but you will have to be content with the day version picture.  Oh, Izzy, how lucky I am to have found you.

As always, thanks for riding along!

3 thoughts on “Comfort in the night”