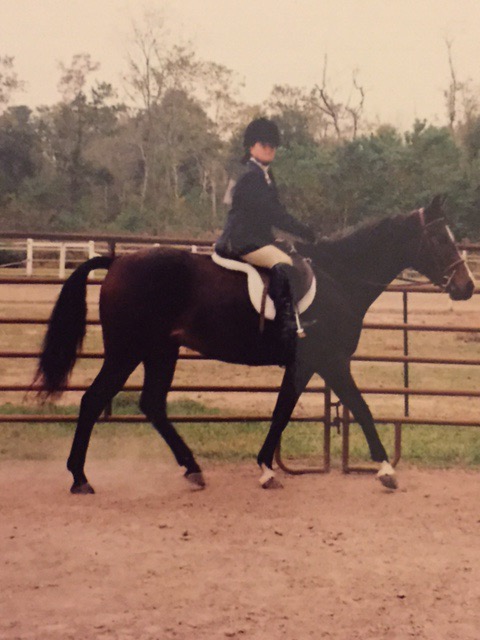 Lauren on Mickey in 2005-they were both young

Not to get lost in a Tim McGraw song, but life has definitely turned on a dime and it is an ending of an era and the turning of a page. 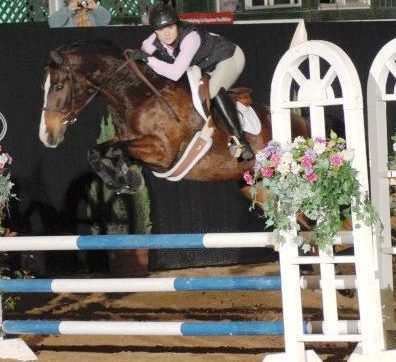 The picture above was at the Winter Series probably in 2011.  Five years ago.  Mickey was winning rounds, winning championships and the sky was the limit for this fast, cow bred but high jumping paint horse that came to us from the rescue as Lauren’s walk/trot horse when she was nine. 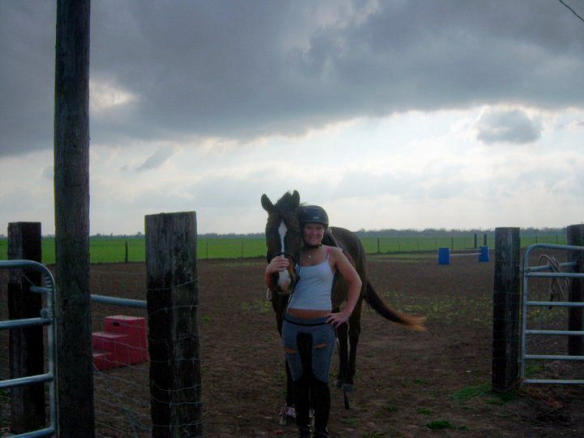 From the very start, after Sarah did her usual magic at the rescue, Mickey was out winning blue ribbons from Lauren’s very first show.  Lauren shared Mickey with Chelsie Gallatin in those days and it wasn’t long before Chelsie won both the EQ and year-end Hunter awards for the Junior/Adult division on Mickey.

Through the next several years Mickey came along with Lauren, winning some and losing some but always a solid jumper (just not the hunter we tried to make him be) and her best friend.

Throughout 2005 to 2011, things went well.  We had occasional set backs but mostly big wins and steps forward. 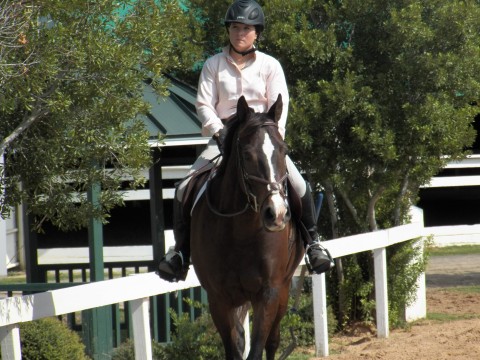 Mick and Lauren relaxing between rounds 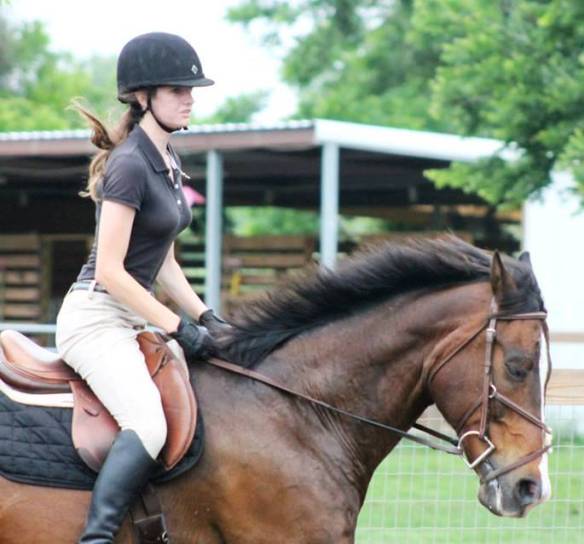 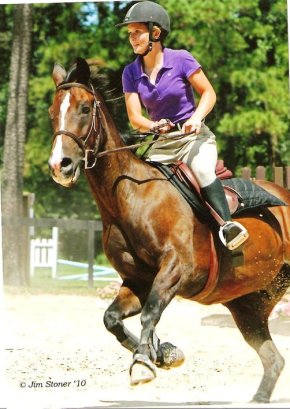 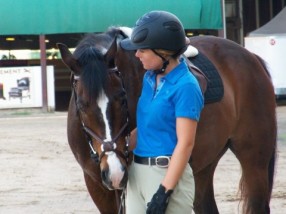 From this point forward, things got a little more unpredictable with Mickey.  He always had an occasional stop in him when he was tired or when the fragile emotional bank account you hold with a jumper was not quite in balance, i.e. Lauren gave some to him and Mickey gave a few to Lauren.  If Mickey felt Lauren had overdrawn that fragile balance he could stop on course and throw her into a jump. 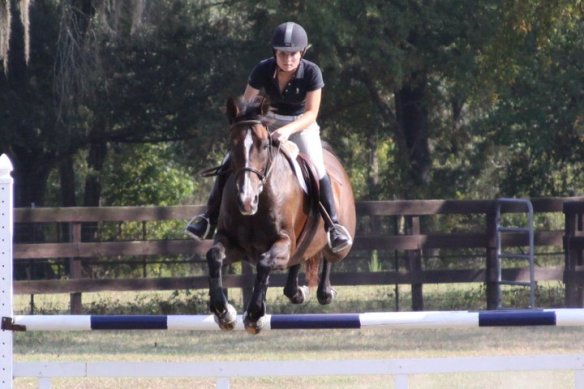 Mickey, although small for the sport, always jumped easily, honestly and in good form

We had two good years in 2012 and 2013 where Mickey was the king of Fiesta Classic and some other shows.  He was in his prime and Lauren was growing and learning as well. Feather had come along by this point and we were grooming her for the future. 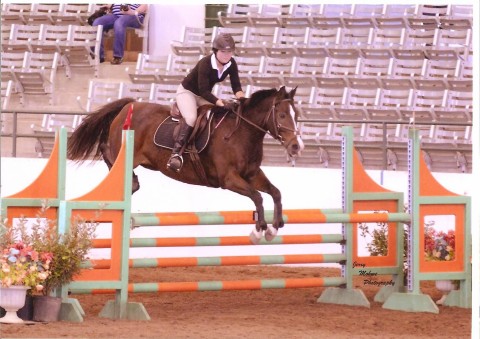 But Mickey got to the point that he made my stomach hurt every time Lauren showed him.  He would either have a blazing fast round that no one in the ring could touch or he would stop and she would fly over (through, into) the jump herself.  It was a rough time.  He was still good enough, often enough, that we showed him.  There did seem to be a trend that the first few days of the show he would do well but by day four or five, he would be done.  Not jumping at all. 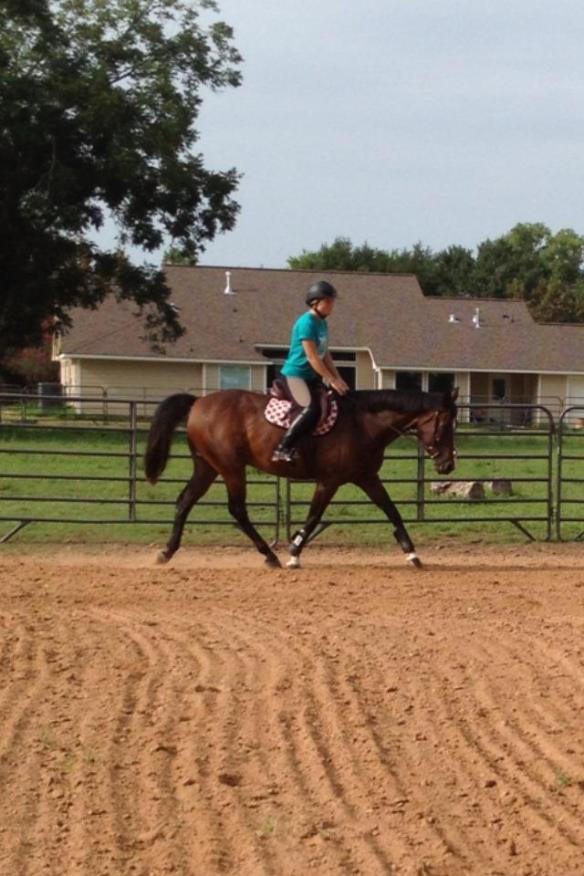 In and around the barn, Mickey was very dependable.  Giving Jordyn and others many, many wonderful rides

Occasionally, Mickey would have some lameness issues.  We would rest him, change his shoes, give some meds, put him on monthly injections and he did better.  But the lameness issues would creep back.

As Feather came along, Alex started to lease Mickey.  She had great success initially especially during training at home.  I remember Don Branham watching Alex in one of her first shows and saying Mickey never looked better.  Alex had some outstanding rounds but then Mickey started stopping again, especially if it was late in a show.

Still, he was good enough and Alex rode well enough to secure a blue ribbon at Pin Oak last spring against a solid group.  Absolutely nothing wrong with his jumping on Day One of Pin Oak. 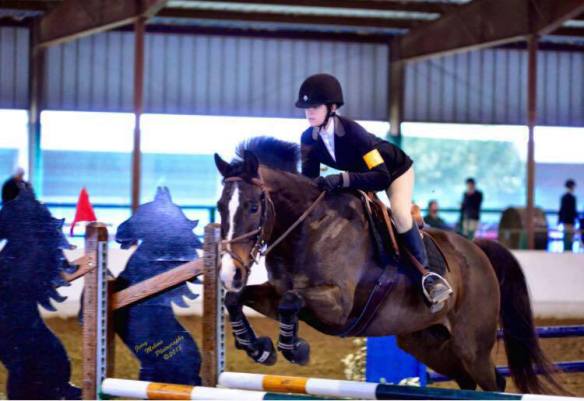 Retrospectively, I should have stopped sooner and demanded more information on Mickey.  Especially in this last year, when Alex struggled with Mickey stopping at jumps and refusing out of jumping competitions, I was too ready to chalk it up to Mickey’s usual erratic behavior.  And while we all agreed that maybe at 18 Mickey might not ever be going in to jump anything over a meter or so in height, we all felt he would be back in the ring.

In fact, I predicted he could readily (and easily-although a step down) win the Junior/Adult Jumpers this year-and in fact he probably could.  But he shouldn’t!  That is what we just learned.

Our boarder and friend Jo Ann has been taking dressage lessons with Mickey. Dressage master Nancy Lindsey many times has said that Mickey is not a dressage horse, but he is full of try and full of heart and he does his best to do what Jo Ann asks. 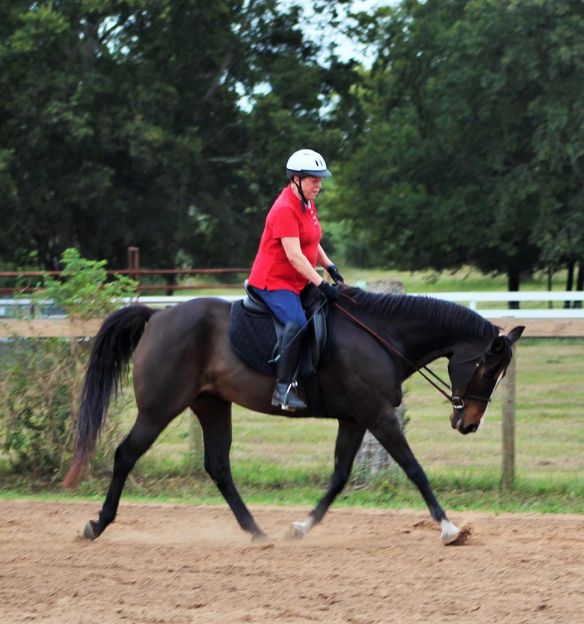 The downside of this-for me (not Mickey) is that Jo Ann and Nancy are both able to see lameness in a horse 27 miles away in the fog.  They had complained of Mickey being off.  We quit riding Mickey, had the vet see him, put new shoes on him and thought he was ready to go.  I was convinced it was a just a temporary rough spot.

But oh no, Jo Ann got on to ride and about seven minutes later she and Nancy were headed back to the barn leading Mickey.  He is still lame, they told me.  I called Lynn the vet back with instructions to x-ray, inject, or do whatever was needed to get Mickey back to sound.

I took off Friday so I could be there with Lynn and Sean (our farrier) as he removed the shoes and the x-rays were taken.  The minute the x-rays came up on the screen I knew it was bad.  I could tell from both Lynn and Sean and how they were looking at the screen.  I also had looked at enough x-rays to see that there was not enough space between the joints (I knew well enough the pain of bone rubbing on bone instead of sliding effortlessly with cushion between the bones).

Mickey has ringbone on his right front hoof and serious osteoarthritis in the other hoof (probably developed from trying to save the right foot).  Ringbone is exostosis (bone growth) in the pastern or coffin joint of a horse. In severe cases, the growth can encircle the bones, giving ringbone its name.

The Ringbone has been forming for at least a few years.  It all began to make sense why he would school so well at home, flying high over big only to refuse out of competitions by the third or fourth day over lesser jumps.  He could stand the pain for short intervals but when we started jumping in two or three classes a day for several days, the pain overcame the little bay geldings desire to fly.  We were asking something impossible from him.

Mickey is done.  Lynn doesn’t like me to say it (cause it is a Secretariat quote) but Mickey has run his race.  He has done so much for us so many times with so many people over so many years. 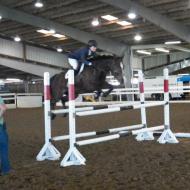 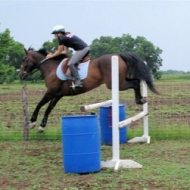 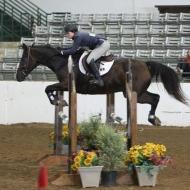 He will never go in the ring to perform jumpers ever again.  He should be able to do some dressage and perform for Jordyn for awhile but our phenom jumping horse (who was really just a quirk of fate) is gone.  It would have been so much easier to just have him gradually go out gracefully.  Or like Peyton Manning, as the big winner, not with his last show being one where he refused out of his last three classes.

Oh my little bay boy, you have held me in awe so often as you have flown over the mighty jumps

When you first came to Lauren, you changed her life and you saved her life

No matter what other horses came and went , Lauren always choose you

And yet so many times you were brave, you pushed on and jumped high, you blazed on past the timers

I thought you maybe were evil and mean, I did not know the pain you lived with, the pain I ignored

You carried on, doing your best to the bitter end when you just could jump no more

It is indeed the end of an era for us.  The Mickey fly days are over.

You have more heart, more courage and more talent than I could have ever imagined. You are a true champion.

Countless Grand and Reserve Championships from so many shows over the last 13 years. 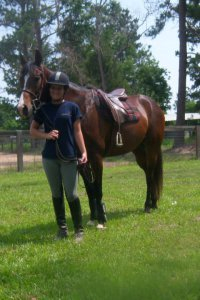 We will miss you in the ring Mickey.  You were one in a million.

2 thoughts on “Ending of an Era”