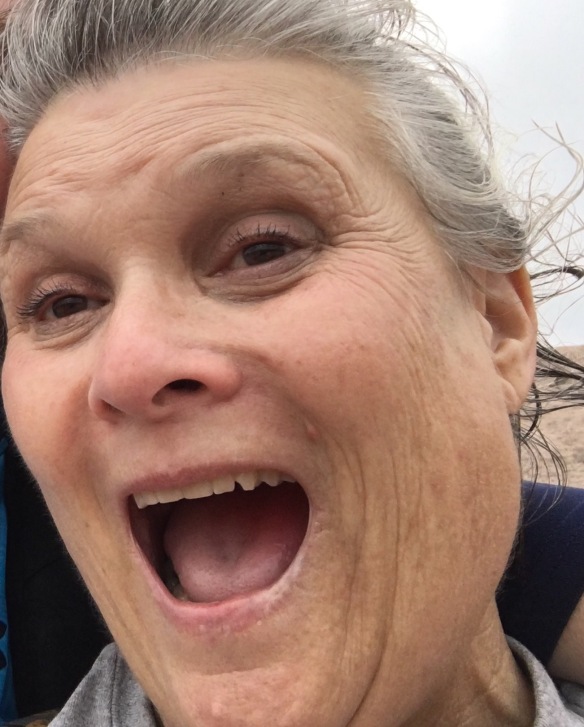 It has been almost two months since I fell and broke my ribs. Then I got pneumonia from not breathing deeply enough (you get reluctant to do that with broken ribs).  I was recovering when Amber and the kids came to town.

Then I was down with a whole new bug and the pneumonia was back, now in both lungs. Since Christmas my chest has been like a beacon of pain radiating in my rib cage.

The doc broke out the big guns this time putting me on breathing treatments, steriods and miscellaneous other drugs. The steriods scared me.

Prior to moving south, first to Florida and then to Texas, I had pneumonia for the first time and aquired adult onset asthma. I had bad lung problems, in fact, it was at the doctor’s recommendation that we first moved southbound.

I was treated with a lot of steroids. They made my family fearful as I always got wild eyed and more than a little bit agitated. They were NOT a good drug for me to be on and I have successfully avoided them for many, many years.

I will never forget taking seven year-old Ally to a new hunter/jumper barn in Florida to ride. It was a pretty swank barn and I was impressed with the horses and trainer. As he walked us down the aisle way pointing out the different horses we were startled by a horse suddenly charging to the stall front with his teeth barred. He spun and kicked out at the stall door.

The trainer apologized for the horse and told us he was on this medication called steriods and it made him act crazy. Calm as could be, little Ally replied, “oh, I know how that is. My mom does the same thing!”

From the mouths of babes. Anyway, fortunately while I have had some minor side effects mostly life on steriods this time is just helping me get better.

While I have been out of town for five days now,  the steroid girl is back in town. Watch out everyone! I may charge at any time.  Mostly I just want to get better.

As always, Thanks for riding along!

3 thoughts on “Life on Steriods”