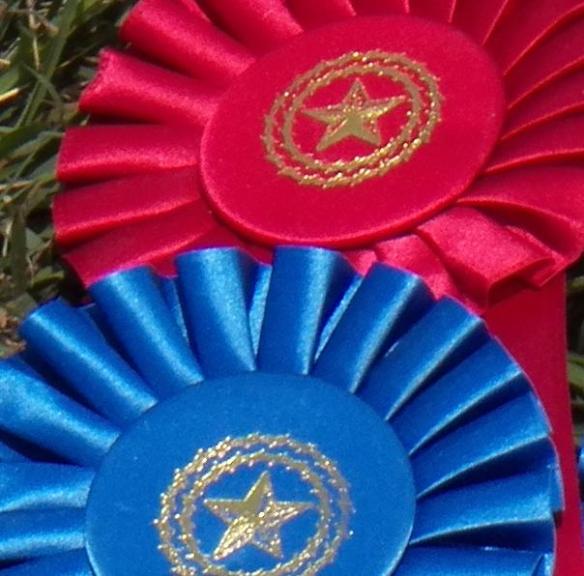 First and Second to start out the show

Lauren and Mickey came roaring through the in-gate to start off their first round over fences.  Dev told them to trot around the arena first before starting the round, but Mickey had different ideas.  He came prancing and dancing down the line toward the first fence and just flowed on from there.  He cleared all the fences handily although it did look like he and Lauren struggled initially to get the communication going.  End of the first round, he was clear over all the jumps and off to the jump off.  They were two fences from winning when I saw Lauren appear to go sideways in the saddle.  Then it became obvious her saddle was slipping.  One fence shy of the finish line, Lauren hopped off before the saddle flipped over.

With all the weight fluctuations, it has been difficult to gage Mickey’s exact size.  Did he need the 46 or 48 inch girth with his new size? Lauren went with the 48 but it just wasn’t cranked tight enough once they got going.  She is lucky to have escaped a little embarrassed but no worse for wear.  She still pulled a second place ribbon for the class.

In their second class, with the saddle newly placed and cinched tightly, Mickey and Lauren were in it to win it.  And they did.  No other rider came close to their jump off time and they left with the blue ribbon.

Tomorrow will be a new day, the fences will be higher as they work toward the weekend.  I think Mickey is doing great.  Lauren seems to have a good feel for him.  Best part-not a single cough all day!